Is Super One A Scam? (Crypto-gaming money machine?) 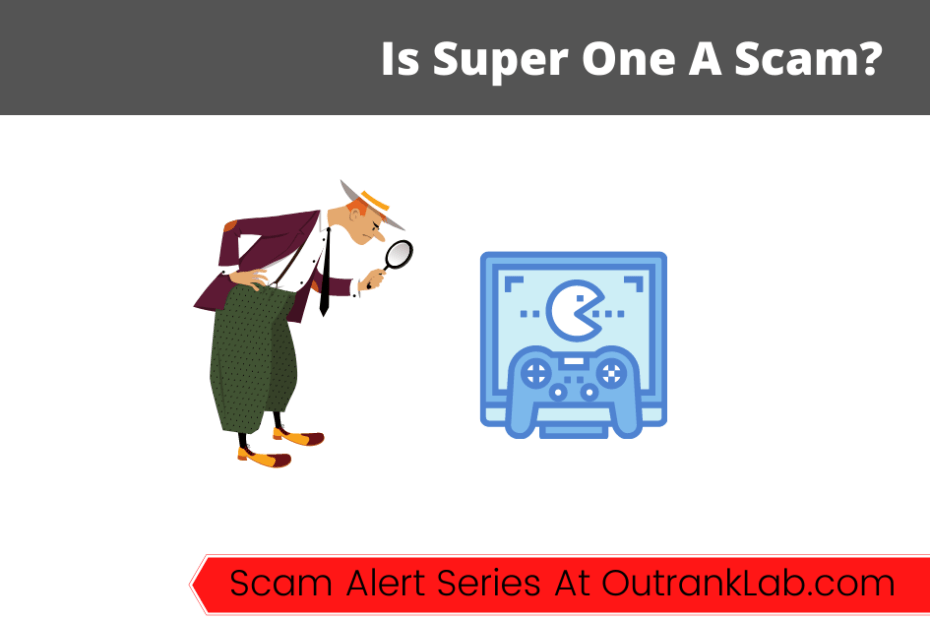 You may be one of the millions of people receiving emails or e-invites from obscure websites or untraceable CEOS asking you to join their get-rich-quick schemes. What’s even more concerning is the number of people falling for their ploys.

Today, I’m reviewing one such company that throws financial and tech jargon around liberally to lure investors into their trap—Super One. My experiences in the MMO industry will hopefully shed some light on how to spot red flags. In Super One’s case, the flags are redder than a baboon’s ass.

What Is Super One?

The corporate website poorly explains what Super One does. Simply put, Super One combines crypto with gaming to become a one-of-a-kind investment platform.

Super One isn’t a new company. In 2018, Super One launched as an Ethereum smart contract Ponzi scheme that sold Super One lottery tickets for 0.1 ETH (roughly $25 USD). Lottery winners, selected by a proprietary algorithm, would take home a bundle of tokens.

After launching, two billion Super One tokens were created, half of which were retained by the founder, Andreas Christensen. The company collapsed soon afterward, and the only thing anybody had to show for their investment was a virtual bag of valueless tokens—Mr. Christensen included.

Two years later, Super One is back from the dead. It follows the same Ponzi scheme it attempted to run, with the addition of a gaming app in the works, which, if I’m being honest, makes the company sound a little more legitimate. However, it takes a pretty hard left turn from there.

The website claims that an awesome game is set to release after receiving $10 million worth of spots from investors. To join the fun, all you have to do is purchase spots.

So basically, Super One is asking us to crowdfund a gaming app without spilling any details about this “really cool” game. Awesome.

What Do You Get from Super One?

Super One sells spots to potential investors looking for a piece of the action. A spot is a place in the binary tree that earns you Game Tokens and Rewards.

There are two billion game tokens in total, one billion of which remains with the operator (sound familiar?). Rewards are based on how many tokens you have. The more spots your purchase, the more tokens you have, and the more you’ll earn. But you have to get in quick since every subsequent spot you purchase gets you fewer tokens.

If you’re not following me so far, I don’t blame you. The description of the Tokens and Rewards system on the website is incredibly vague.

However, Super One’s main focus isn’t on selling spots to the initial investor but rather the ever-famous referral system. When recruiting new members, you’ll earn a reward for referring them to the rebranded Ponzi Scheme. Each spot has three referral slots where a filled slot earns you a percentage of the reward. The referral earnings percentages are as follows:

After the slots are filled, you’ll need to purchase another spot to gain more referral rewards, after which the cycle begins anew.

Is Super One a Scam? Check Out These Red Flags!

The main question in everyone’s mind is whether Super one is a scam. Yes, it is. Please allow me to point out several warning signs.

The founder of Super One, Andreas Christensen, is associated with a proven Ponzi scheme known as Mowjow. The scheme has been running for quite some time, with Mr. Christensen leading the operation, and has scammed countless people out of their hard-earned dollars. From what I understand, Super One and Mowjow have no official ties, but with unclear management information from both sites, this is hardly a surprise.

Super One does not sell a damn thing. Even the gaming app the company is so proud of isn’t playable by the public! Even the Tiens Group from China is pushing fake wellness products.

As mentioned early on in this article, Super One sprinkles tech terms like blockchain innovation and crypto when introducing the business. However, it doesn’t actually tell us about the business model, at least not in simple terms. We’re expected to believe that money appears out of thin air, waiting to be distributed to investors. If you believe that, you’re streets behind…

And then there’s the whole gaming app crowdfunding spiel. Is the game in the final steps of production? How come the company needs $10 million in spots before releasing it? Do we play the game to earn profits, or does a super-smart computer play the game for us? Whatever the case may be, Super One provides absolutely no piece of evidence that the game even exists!

Red Flag #4: It Is a Relaunch of a Failed Ponzi Scheme

Super One came about in 2018 as an Ethereum lottery scheme that failed shortly after launching. With two billion valueless tokens, Mr. Christensen decided to reopen Super One and brand it as an innovative investment platform that combines gaming with crypto. In the end, Super One still emphasizes its recruitment and rewards system. Even a blind man can see that the new Super One is a feeble attempt at scamming unsuspecting individuals into handing over their money for nothing.

One of the sillier things I noticed about Super One is how access to the scam is by invitation only. Existing members can bring in new members to ensure their tight-knit community stays that way.

But when you open the site, you’re met with a large Join Now button in the middle of your screen. If this is Mr. Christensen’s way of personally inviting me into his Ponzi scheme relaunch, I’m flattered.

If you take the time to browse through the Help section, you’ll find that getting into Super One is pretty easy, provided you coughed up $25 worth of ETH.

It’s as clear as day. Super One, a company led by unknown people that uses your money for unknown purposes to earn you a profit from unknown sources, is a huge, steaming pile of scam.

There are legit ways to make money online, without getting scammed. Unfortunately, Super One screams scam from afar. If you want a better way to build a sustainable online income, check out this program, which I’m a member for years.

2 thoughts on “Is Super One A Scam? (Crypto-gaming money machine?)”