Why Most Ponzi Feels Pretty Legit? (You’ve Been Warned) 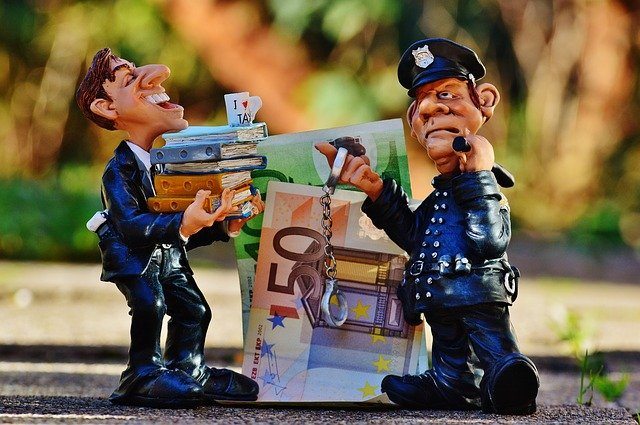 “Show me proof that it is a scam”

“I’m still getting my payment. How could you call this program a scam?”

And so are the messages I’ve received for reviewing dozens of make money online programs.

After spending 6 years as an affiliate marketer, I’m no strangers to make money online programs, or Ponzi scams masquerading as something legit.

In fact, I was a victim to 2-3 such programs in my earlier days as an online marketer. Well, who wouldn’t want to make some easy money online?

But once you know how Ponzi scams operate, you could spot one from afar.

But, it was when you got delay in payments that you start feeling suspicious.

Depending on the how the Ponzi is structured, it could be a downright spiral there after or the program could die a slow death.

Either way, you won’t be getting your money back (and me, mine). By then, it’s too late to regret your decision in justifying your investment just because you’re getting good initial returns.

And I wouldn’t want to hurl an “I told you so’ to your face. Losing money hurts. Getting scammed is an unpleasant feeling that makes you question your intelligence.

But it happens, even to the brightest of us.

The key to preventing such occurrences is knowledge, particularly in why these Ponzis feel legit most of the time.

What Is A Ponzi?

According to Investopedia, “A Ponzi scheme is a fraudulent investing scam promising high rates of return with little risk to investors”.

As any professional investors and they’ll denounce the possibility of reaping a huge ROI over little to no risk. And they are right.

A Ponzi program operates by using the money invested by new investors to pay the ‘returns’ of previous investors. This explains why programs like PetronPay and EvoRich are paying their members well initially.

In fact, an EvoRich member insisted that it’s legit because he’s getting the payment allright.

Well, we all do in the beginning.

It is when recruitment starts to dwindle that you start getting notifications of ‘additional payment verifications’ or ‘new withdrawal limits’.

These are signs of an impending collapse.

Today, Ponzi scams have gotten pretty good in pretending to be a legit business.

They tend to cloak their operation with made-up stories of their product and service offerings. For example, PetronPay is offering investments in oil assets, with a guaranteed daily ROI.

For those who have not come across such shady programs (and got scam) they seem pretty legit. The websites are professionally done and industrial jargon are peppered over the pages to create a sense of legitimacy.

These programs often have two ways of making money. One, by buying or investing in its products/services. The second, which is always more lucrative, is to participate in its referral program.

They even have customer support to respond to your queries. It’s easy to fall to such tricks.

You’ll Get Paid, But For How Long?

As I’ve mentioned, you’ll get paid if you’re joining a Ponzi when its recruitment is going well. The question is, how long does it last?

Some Ponzi promises aggressive returns, such as 30% monthly ROI on investment packs and 50% referral commission. As such, almost all the money paid by new investors goes to reimbursing the referrers and old investors. There is very little left to keep the game going.

In such cases, the program could collapse within 6 months of less.

I remember the first Ponzi I got involved in was promising daily 30% ROI (if I’m not mistaken). It was a High Yield Investment Program (HYIP) which was popular a few years back. The program shuts down in a week, and no, I never get a single dollar back.

Today, Ponzi scams are less aggressive as they focus on getting as many members ( and cash) for a longer term. With promised returns of 20% annually, these programs have a longer lifecyle.

Thus, it isn’t surprising for modern Ponzi scams to last a couple of years before they run into troubles.

How To Spot A Ponzi Scam From Afar

It’s true that Ponzi scams have evolved through the years and it’s more difficult to tell them apart from legit opportunities. However, it isn’t impossible to spot one if you know which red flags to look for.

A Ponzi always lure investors with low risks, high returns package. in fact, most Ponzi that I’ve reviewed are assuring investors of a minimum return.

You simply can’t lose money, according to such programs.

Ponzi programs play on greed. They make you believe that if it sounds too good to be true, then it’s true.

Regardless of whether the investment is on oil, cryptocurrency, or forex, there is no such think as a risk-free investment. Don’t fall into the age-old Ponzi trick.

It’s a fact that many Ponzi websites are professionally done. Throw in words like ‘block chain’, ‘smart digital wallet’, or ‘trading bot’ and most of us impressed.

However, it’s important to look underneath the marketing gimmick. Ask questions like “who’s running the team?'”, “is it regulated?”, “who’s the owner?”, and “is our money really invested into the said assets?”

A legit investment opportunity will be transparent with how it operates. It will be subjected to regulatory body of the country that it operates in.

Always do your due diligence before investing and joining.

There’s nothing wrong with a investment opportunity that markets itself through MLM. However, it’s a huge red flag if members are trained to recruit for the sake of recruitment and not promoting its products,

Legit programs offer valuable products and services and members promote them because they are benefiting from it. A Ponzi scam is anything but.

So, if you’re getting a crazy payout for recruitment, you’re already part of a Ponzi scheme. It’s a sign that most of the revenue generated is by recruitment, which isn’t healthy for any legit business.

Join A Ponzi At Your Own Risk

I’ve explained why modern Ponzi doesn’t scream scam to your face but slowly siphon off your hard-earned cash. If you don’t give in to emotion and desperation, you would see a Ponzi for what it is.

If you’ve read one of my many Ponzi reviews and still believe it’s legit, feel free to join.

Just remember that I don’t stand to lose anything but you do.