Is Everra A Scam? (Owner with dubious past?) 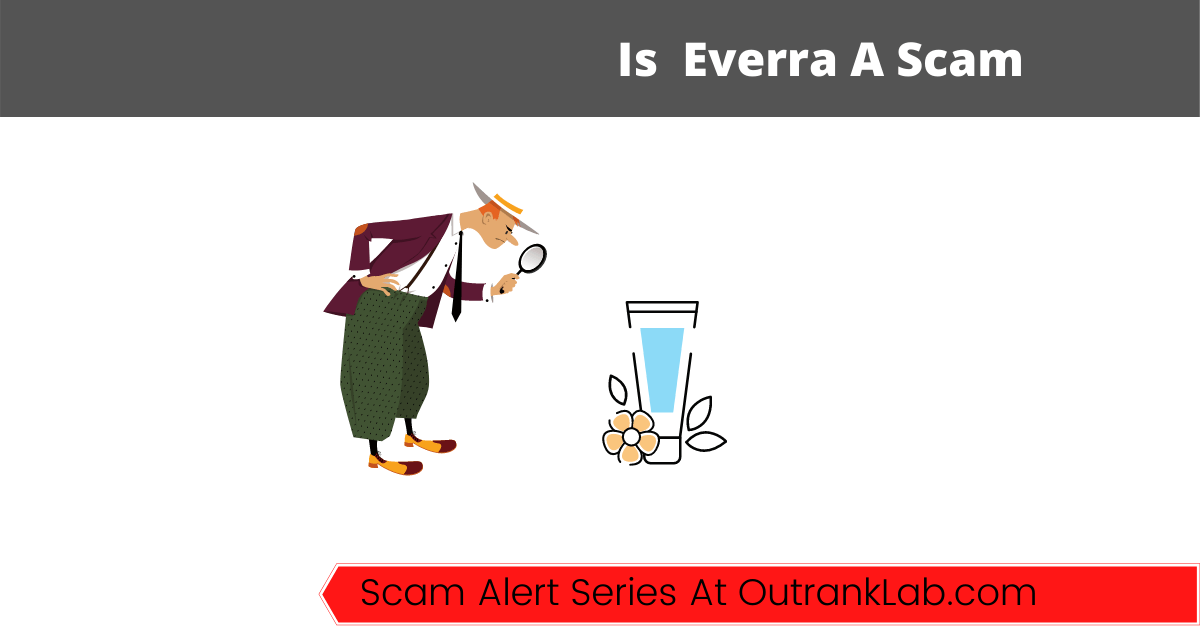 Everrra was launched with much hype in early 2020. It was greeted with much anticipation and for some, skepticism. Is Everra another MLM scam in the making?

Having being scammed in the past, and was formerly a member of a legit MLM organization in the past, I’ll say that the line separating an MLM and a ponzi scam is quite thin.

So, let’s get to the bottom of the legitimacy of Everra in this review.

Everra is an MLM company in the beauty and wellness niche. It was founded by Christopher Welch, who has quite a shady reputation to start with.

A quick search on Everra’s founder revealed the controversy involving one of his former companies, Natiiv.

Here’s a screenshot from a not-so-happy former Naativ employee on Glassdoor. Apparently, Christopher Welch was also sued by another company where he was a stakeholder, Younique.

With Christopher doing an MIA to the 2,000 teachers brought onto Naativ, it isn’t surprising that he’s branded a ‘scammer’.

But wait, we shouldn’t be quick to judge Everra, just because the founder was involved in some controversies in the past.

On its website, nothing indicates that Everra is a scam. According to its mission, it’s all about empowering influencers in the with its range of high-quality, yet affordable products.

It’s a subtle way of advertising its MLM opportunity.

Since its launch, Everra has gradually expanded its product line but is still strictly limited to the beauty niche.

At the moment of writing, Everra’s retail offering span across these categories

Now, as someone on the opposite gender, I couldn’t judge if these products are good or not even if I’ve bought some.

Everra influencers, of course, would claim that the products are amazing.

However, I also found a review that isn’t particularly encouraging.

Still, with most products, there are some fans and detractors and it doesn’t necessarily imply that Everra isn’t legit.

However, it’s natural to question the cost (and quality) of materials used to manufacture Everra’s product. An MLM is based on a multitier compensation structure, where a huge portion of the selling price distributed as commissions to a few levels of its influencers.

So, it isn’t surprising if the cost is just a tiny fraction of the retail price.

What Does It Cost To Join Everra?

Everra is structured as an MLM company, which is quite similar to RF3 World and Arbonne International, which I’ve previously reviewed.

Those who are interested in promoting Everra can sign up to its ‘Influencer’ program by paying $34 for either the Beauty Starter Bundle or Wellness Starter Bundle.

The difference between both packages is the products that you receive upon payment. Once registered, you can officially promote Everra’s product and earn from the various types of commissions.

You can, however, select more ‘optional’ products upon checkout, but that will result in a considerably higher cost than the minimum $34.

How Do You Make Money With Everra?

Like any MLM company, Everra has its own way of rewarding its members, or in this case, influencers.

If you’re going solo on Everra, you’ll be entitled to the following commission and bonus.

But then, MLM is all about recruitment if you’re aiming for a sizeable income. Everra has a structure where you can have up to 3 tiers of downlines in your team.

As you build your team, you’ll be entitled to the following bonuses.

The bonuses sound lucrative, but they are only available when you scale the rank. To do that, you’ll need to hit a certain amount of personal sales, group target and other requirements.

You can check out Everra’s compensation structure here and get a detailed explanation from this tutorial.

You can start being an Everra influencer for just $34. There isn’t a monthly retainer fee to keep your membership active as commonly seen in other MLM companies.

When Everra launches, there weren’t any products listed on its site, which causes some speculations that it could turn up to be a scam.

As you see, Everra now has dozens of products on its site, which is a good sign as far as an MLM is concern.

1. CEO with a questionable reputation

Christopher Welch doesn’t have an enviable reputation to start with. Labelled as a scammer by members of his former company, and sued by another, one could only wonder how Everra is going to be different this time around.

The discontent of members of Natiiv is still loud and clear. Check this out.

Everra’s website also does not disclose its founder’s name or the team that’s driving the company. One can only wonder why.

The beauty industry is indeed lucrative, but it’s an oversaturated one. You’ll need tremendous effort to market the products to your network.

While friends and family are easier to approach, it gets harder when you’ve exhausted the inner circle of your network.

There are hundreds, or possibly thousands of products in the market. You’ll have to do the heavy lifting of demo, marketing, persuasion and finally, closing the sales.

But that wouldn’t get you far in an MLM structure. You’ll also need to spend time recruitment to build your team. Your team will also need to be actively recruiting and selling for you to make serious money.

And this brings us to point 3.

Everra has yet to include an income disclaimer on its site. Still, it doesn’t take much to predict the profitability rate for an MLM member.

According to a publication on FTC, 99.6% of people lose money on product-driven MLM.

The only way to make serious money MLM is to be at the top of the hierarchy and it isn’t easy to get there. If you’re stuck at the bottom level, the expenses, time and effort spent is way more than the revenue earned.

Can You Make Money With Everra?

In every types of earning opportunities, there are always success stories and people who have failed.

While it is possible to make money with Everra, the odds aren’t in most people’s favor. You not only have to be an expert of the products, but also need to be a good recruiter to stand a chance of making serious income.

Besides, it isn’t a niche that’s easy to start with.

I’ve long gave up on the MLM business model. Let’s face it, recruitment is tiring and the after-sales support can be frustrating at times.

In 2016, I’ve found a better business model that does not need recruitment, sales or support, and is more, if not equally profitable with a MLM business.

Verdict: Is Everra A Scam?

At this point, I wouldn’t say that Everra is a scam, even if the founder has a dubious past.

Everra is a legit MLM opportunity and selling real products. If you’re attracted to the MLM model and fancy the beauty niche, it’s worth a shot.

After all, it only costs $34 to get started.

If you choose to join, just bear in mind that it’s a tough journey and that it may take a while to be profitable, or not at all.

Else, you can consider an alternate earning opportunity.

I’m a fan of having systems that could market itself, where I could make money even when I’m sleeping.

The endless recruitment drive and customer support of an MLM are just not my cup of tea.

Hence, I chose affiliate marketing over MLM, and I’ve never regretted my choice.

I build websites in other niches (hint: wellness, home, gadgets) and make money when visitors referred to vendors make purchases.

No worries about keeping stocks, or going through sales pitches to potential customers. I also don’t have to deal with returns, complaints and support.

Affiliate marketing can also be profitable without needing to build a multi-tier team. It’s perfect as I’m not fond of recruitment.

If you’re considering an MLM-alternative, check out this program where I learn and earn with affiliate marketing since 2016.